We're experts who take pride in tailor-made itineraries that suit any need. Please fill in the form below and a member of our team will be in touch shortly.

Please fill in the appropriate information below regarding any travel plans or enquiries. Our team of travel experts will get back to you shortly.

Drop us a line to request access to EXO Connect, our online instant booking and tariff application.

Not registered? Please complete the form below

What’s in the Agent Hub

Please login or register to view these links
https://www.exotravel.com/

Our Story
Our Timeline

where it all began

The EXO story began in Vietnam back in 1993 when four young entrepreneurs, Eric Merlin, Olivier Colomes, Denis Colonna and Thụy Khang Trần, met each other and realised that it was the perfect time and place to start a travel company. Shortly after, Exotissimo was created, and was the first foreign-owned company to receive a tourism operating license in Vietnam.

From these modest roots, we quickly set about creating Vietnam’s most innovative and exciting tours, opening the country up to curious, dynamic travellers. Before long, we had gained widespread notoriety for our consistency and ingenuity, quickly becoming Vietnam’s most trusted destination management company (DMC).

Eager to continue our pioneering role of travel innovation in Asia, we began to look outside the borders of Vietnam to expand our influence. In 1995, we founded a partnership with a local operator in Myanmar and officially launched our second destination.

Utilising this stable foundation, we moved into our developmental period, building off our already substantial expertise, knowledge and connections to become even more consistent, better-organised and more innovative. 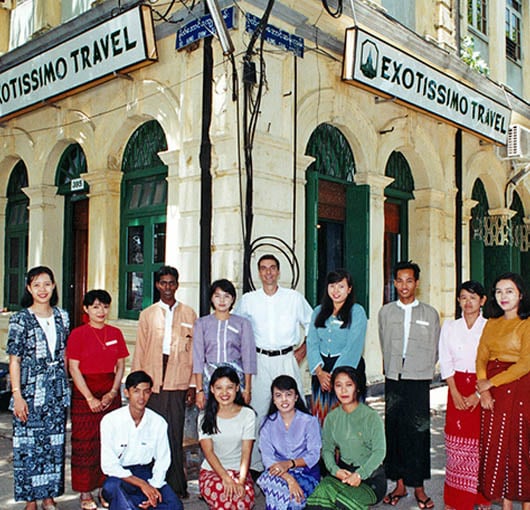 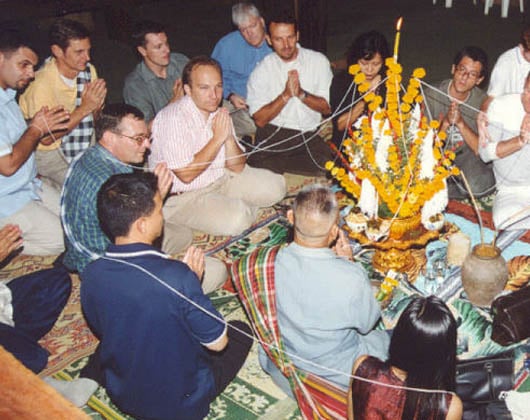 Asian expansion with a european twist

By the turn of the millennium, we had become one of the leading DMCs in the region, just as intense interest in travel to Indochina began to take hold. In 2000, EXO Cambodia was launched, with offices in Siem Reap and Phnom Penh. A year later, EXO Laos was established, with offices in Vientiane, Luang Prabang and Pakse.

Following the openings of EXO Laos and EXO Cambodia, Thailand-based tour operator Hamish Keith came into the fold and, after the completion of agreements in 2003, EXO Thailand opened its doors. Seizing on increased interest in travel to Asia from European markets, sales offices were soon established in France and Spain, allowing EXO to quickly become market leaders in both countries.

As our reputation as a leading DMC began to grow, our fresh approach to tailor-made touring in Asia attracted an increasingly large international client base. To meet growing demand, further sales offices were established in Germany and North America in 2005, Australia in 2007 and the UK, Ireland and Latin America in 2012. Now with global reach, Olivier Colomes (CEO) and Hamish Keith (Group MD) set up new EXO headquarters in Bangkok in 2007.

With Bangkok as a home base, EXO began to build a team of highly-experienced professionals in marketing, product, web and systems to maintain the rapid growth of EXO Group and continue to meet and exceed the demands of clients worldwide. 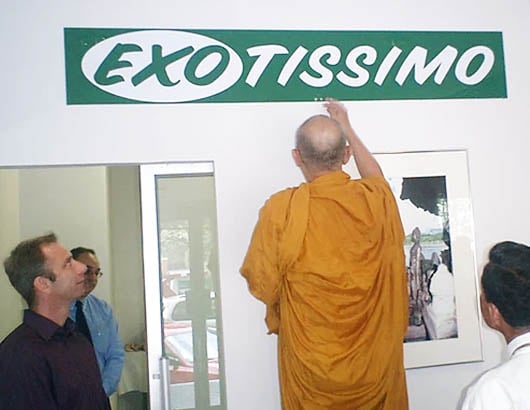 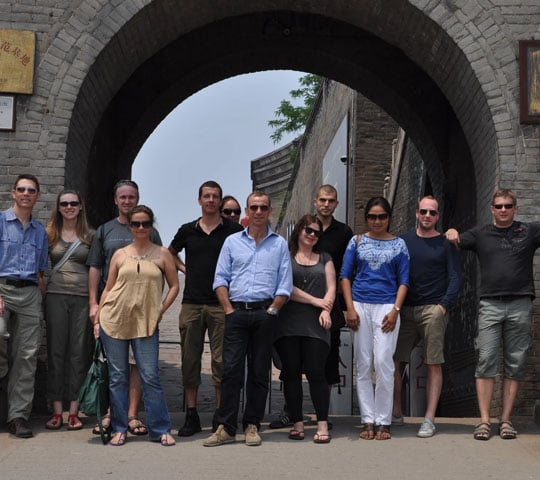 A Period of Expansion

After another period of building, growth and fine-tuning, we further expanded our operations in Southeast Asia by launching EXO Indonesia in 2009. By 2011, our influence and expertise in the region had become substantial enough that, to meet the growing demands of travellers looking for in-depth EXO-style touring in Asia, we had to expand our influence outside of Southeast Asia.

Later that year we opened EXO Japan, with an initial office in Tokyo and then Kyoto.

Continuing this momentum, we expanded into our eighth and largest destination by launching EXO China in 2012. Combined, this period of growth represented, geographically and operationally, the single largest leap of expansion in our company’s history.

As a reflection of our ceaseless quest to redefine travel through innovation, 2014 was a year of great change.

After over 20 years in operation, our company name, Exotissimo, officially became EXO Travel. With a complete overhaul of our branding, we reaffirmed our commitment to inventiveness while clarifying our future direction and identity.

In 2015, we received the coveted Travelife certification - becoming the largest DMC in Asia to achieve this award. The achievement was a culmination of three years of guidance from the EXO Foundation to take a pioneering role in a movement to fundamentally change Asia for the better through responsible travel. To cap off a very exciting year, EXO Malaysia was launched later in 2015. 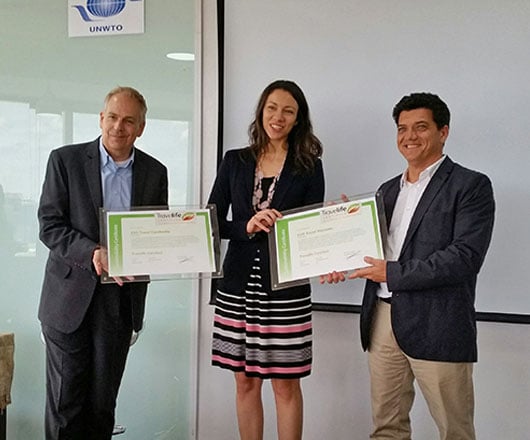 another dimension to EXO

Early 2017 saw the exciting addition of our tenth destination: EXO Singapore. Today, EXO Travel employs more than 850 full-time staff. With more than 25 offices throughout Asia and the world, we are now a well-established global enterprise.

WHO IS EXO TRAVEL?

EXO Travel Group is still privately owned and operated by its founders, Olivier Colomes and Hamish Keith, along with the Apple Tree Group. Our head office in Bangkok provides strategic management and operational direction along with a broad range of support functions.

Each EXO country is a fully licensed and registered tourism company owned and operated by EXO Travel alongside an active local partner and headed by an experienced, highly capable General Manager. There are dedicated teams in place within each destination for Adventure, MICE and Luxury Travel, each supported by multilingual reservations teams and specialised product teams.

Despite our large size, we remain firmly committed to our roots, providing personalised services while utilising extensive local knowledge and maintaining exceptional attention to detail. We continue to see ourselves not only as travel pioneers, but as a nimble, innovative company that meets and exceeds the demands of clients by pushing the boundaries of what’s possible in the region. 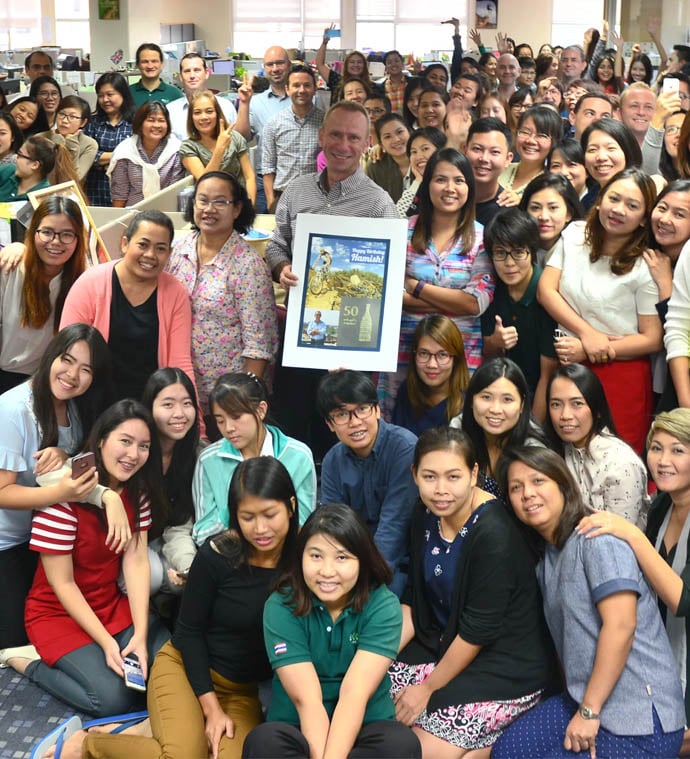 EXO Travel is established by Eric Merlin, Denis Colonna and Olivier Colomès. We were the first foreign company to be granted a tourism operating license in Vietnam.

EXO Travel Laos soon follows in 2001, as EXO teams up with Duangmala Phommavong and establishes offices in Vientiane, Luang Prabang and Pakse.

Growing interest in EXO's signature travel style is met with the opening of an office in Spain.

EXO strikes a deal with Hamish Keith, a Thai-based tour operator and gains a foothold in the Kingdom.

To meet rising demand from North America, we open a sales office in the US.

To better serve growing markets, sales offices are opened in Australia and Germany.

EXO Indonesia is established in partnership with Erik Meriot and Trisna Agustini to become our 7th destination.

EXO expands outside of Southeast Asia, launching EXO Travel Japan with offices in Tokyo and Kyoto.

EXO launches its 8th and largest destination, EXO China with an office in Beijing in partnership with the husband and wife team of Olivier Marchesin and Susan Zhong.

In 2014 it was time for a brand new look and Exotissimo became EXO Travel as part of a complete rebrand of the company to better reflect who EXO are now and the future direction of the company. Click here to see our rebrand video.

EXO Malaysia launches and provides a perfect opportunity to enhance our offerings and service the niche markets we operate in.

EXO Travel receives the much-coveted Travelife certification in recognition of our long-term commitment and pioneering role in sustainability and corporate, social and environmental responsibility in Asia.

EXO’s tenth destination is launched with the office in Singapore. Focusing on MICE and group travel at first, we plan to be able to service FIT requests by the end of 2017.

For inspiring experiences, real-time updates, the latest trends or casual conversation, explore our social networks for all things travel.

We're experts who take pride in tailor-made itineraries that suit any need. Please fill in the form below and a member of our team will be in touch shortly.

Please fill in the appropriate information below regarding any travel plans or enquiries. Our team of travel experts will get back to you shortly.

Drop us a line to request access to EXO Connect, our online instant booking and tariff application.

Not registered? Please complete the form below

What’s in the Agent Hub

Please login or register to view these links
https://www.exotravel.com/